Which Sports Events Are Suitable For Private Jet Charters?

Private Jet aviation is used as an efficient transportation medium in the sports industry.

But why is flying private suitable for the sports travel industry?

1. It is flexible. Passengers can just fly before the expected event and leave right after. You can save time and start enjoying the event before other attendees.

2. The aircrafts can land on smaller local airports. These airports are usually closer to the destination where the sports event takes place. So again you can save time and because these airports are less busy and crowded, you can avoid stress as well.

3. You can travel together with your buddies and start enjoying the event on the go. Not only you as a supporter, but also club members and sports teams can join the ride. This way multiple passengers can share the flight and its costs, which is what makes jet charter cost-effective.

4. Those who don’t want to share the flight with people they don’t know, for example sports celebrities or high-profile sports managers, can find the privacy on the jet useful in order to avoid attention and be more secure.

As the demand for private jet comes from the sports teams, fans, sports managers/agents, sponsors and celebrities, actually all kinds of sports create demand for jet charter. But the sports events listed below have noticeable peaks in demand and increase the usual flight volumes to the event locations.

There are a couple of major Golf tournaments around the globe, which are worth mentioning. One of them is the Barclays, which is one of many PGA Tour Championship tournaments. This year Barclays was held on August 23 – 28 at Bethpage State Park in Farmingdale New York. The nearest major airport is John F. Kennedy International Airport (JFK), approx. 39 km away from the center of Bethpage, NY. Another major Airport is Long Island –MacArthur Airport (ISP) at a distance of 42 km. Then there is Teterboro Airport (TEB) in New Jersey, the airport is dedicated to private aviation and is 68 km away from Bethpage, NY.

The PGA Tour is one of the four major championships in professional golf, next to the European Tour, Japan Golf Tour and the Masters Tournament.

The Masters Tournament, also known as The Masters or The US Masters, is the first of the four major championships. It is held annually for the first full week of April and it’s the only tournament held each year at the same location, which is the Augusta National Golf Club in Augusta, Georgia – USA. The closest private jet airport to the Masters tournament is Daniel Field Airport (DNL), which is just 10 km south of the Augusta National Golf Club.

Many Grand Prix events see a peak in local airport traffic before and after the events. The most favorite and prestigious F1 destinations are of course Monaco, Abu Dhabi and Silverstone. Cannes and Nice airports see a dramatic increase in private jet flights during the Monaco F1. Usually May is high season in terms of air traffic for this region as the Cannes film festival also takes place at that same time.

The Cranfield Airport (EGTC), which is the closest airport to the Silverstone racetrack, is the busiest local airport in the world during the F1.

Soccer is the most famous sport in the world with the biggest fan base and the most team members. Especially in Europe, it is the number one sports occasion for private jet travel. Champions League and UEFA game matches are always popular for jet rentals.
But also Euro Cup and World Championships can have huge impact on private aviation travel. People from all over the world can fly private to support their teams.

The annual tennis calendar is filled with a couple of major events. The most important ones are the four Grand Slam tennis tournaments, also knows as the majors, starting with the Australian Open in January and ending with the US Open in August. Private jet travel, used by individuals, corporate users, teams and sponsors, is very popular around the tournament dates across the different global locations.

Wimbledon, the oldest and most prestigious tennis tournament in the world takes place over two weeks, always in late June and early July in Wimbledon/London since 1877. The closest private jet airport to Wimbledon is London Northolt (EGWU), which is just 14 km away from the Centre Court. Next to London Northolt, airports such as London Luton and London Farnborough are other popular private jet airports, which are used before, during and after the tournament.

The French Open, also known as Roland Garros Tournament, founded in 1891, is held each year for two weeks between late May and early June in the French capital, Paris. The closest private jet airport to Roland Garros tennis tournament is Paris-Le Bourget airport (LFPB) which is less than 25 km away from Roland Garros Stadium.

Founded in 1905, the Australian Open is the first Grand Slam event of the year, held annually over the last fortnight of January in Melbourne Park's Rod Laver Arena, Melbourne, Australia. Around the tournament dates, private jet travellers avoid Melbourne’s international airport, also known as Tullamarine Airport (MEL), which is the second busiest airport in Australia, after Sydney Kingsford Smith Airport (SYD). Local airports such as Melbourne Essendon Airport, which is the closest airport to Melbourne Park's Rod Laver Arena and Melbourne Moorabbin, see an increase in private jet flights during the Australian Open.

The US Open (United States Open Tennis Championships) is the last Grand Slam tournament of the year, which is held each year in Flushing Meadows-Corona Park, Queens/New York City, starting on the last Monday in August, and lasting for two weeks into September. It is the modern version of one of the oldest tennis championships in the world, the U.S. National Championship, founded in 1881.
Although La Guardia International airport (LGA) is the nearest airport to the US Open tennis tournament (approx. 3,5 km to Flushing Meadows), private jet passengers may consider using nearby New Jersey’s Teterboro Airport (TEB), which is dedicated to private aviation (approx. 30 km to Flushing Meadows).

Everybody loves and watches the Olympics; it is undoubtedly the biggest sports event in the world. The host city always sees a huge increase in Air traffic. Recently Rio has seen a tremendous increase in private jet charter flights. Let’s see how the impact will be for Japan.

Next to the Indianapolis 500-Mile Race and the Formula 1 Monaco Grand Prix, the 24 Hours of Le Mans is considered to be the most important and prestigious automobile race in the world, held annually since 1923 near the town of Le Mans, France on the Circuit de la Sarthe. Around the race weekend each year in June, private jet travelers are using the Angers – Loire Airport (ANE), also known as the Angers Marcé Airport, which is 75 km away from the circuit. From here passengers may use a helicopter or small propeller aircraft transfer services to a smaller airport next to the circuit. It’s the Le Mans Arnage Airport, which is just 3 km away from the circuit.

The Super Bowl final in the USA is the event of events and sees the world’s biggest gathering of private jets. For private jet customers the event starts before they leave home and extends during their entire visit to the Bay Area. It is a complete trip, including special parties, shows and side events etc. before and after the Super Bowl.

Around 2,500 additional non-commercial aircraft movements took place around this year’s final in February, at Levi’s Stadium in Santa Clara. This brought increased private jet traffic to both San Francisco and the San Jose area this year.

The Rugby World Cup is another important venue for the private jet society. There is a high demand of jet chartering before, during and right after this 6-week long tournament which takes place every 4 years. During the 2015 Rugby World Cup in England, local airports close to the tournaments venues such as Biggin Hill, Coventry, East Midlands, Gloucestershire, Exeter or Durham Tees Valley had seen an increase in private jet charter flights.

The ICC Cricket World Cup is one of the world’s most viewed sporting events. The last world cup took place in New Zealand and Australia with 49 matches over 6 weeks at 14 different venues.
The 2019 Cricket World Cup will be hosted by England and Wales from 30 May to 15 July 2019. Although the fixture list for this event has not been released, the hosting cities are named. Local Airports around the tournament’s cities including Birmingham, Bristol, Cardiff, Chester-Le-Street, Leeds, London, Manchester, Nottingham, Southampton and Taunton will see an increase of private jet flights during this mega event.


Jetforme is arranging VIP jet charters and empty leg offers for clients who wish to travel in style to the types of sports venues mentioned above. If you are interested in chartering a private jet or want to join our jet sharing community, just visit our website www.jetforme.com or download our app from the Google Playstore or the App Store. 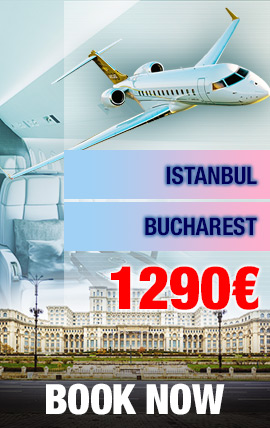